What is Cryptocurrency & How Does It Work What is Cryptocurrency & How Does It Work

Cryptocurrency. Heard it quite a lot, haven’t we? It’s like all of a sudden the entire world’s revolving around Crypto. And let us guess, this may not be your first “what is cryptocurrency” or “crypto for dummies” article. It’s not you alone, the concept’s toooo wide and above most of our heads to understand it in a go. But don’t worry, be assured this is gonna be your finale search.

So, let’s address this giant elephant in the room, and get down and done with it.

Since all things now have a ‘digital’ badge, how could money say any behind?

Cryptocurrency is simply a digital slash virtual version of the money we use every day. It is with the use of cryptography and blockchain technology set up that financial trade, transfer, and transactions are made possible. The decentralized setup enables higher control over one’s money and no control or interference from intermediaries such as a central authority/banks/government.

Still a handful, right? No biggie, let’s break it down further.

So we mentioned ‘blockchain’ above. All cryptocurrencies fundamentally use blockchain technology. What’s that now?

Blockchain is a decentralized database that maintains a growing record of what are often addressed as “blocks”. These are interlinked and form a wide chain of networks. Possessing the features of a ledger, it records and tracks transactions, ownerships, transfers, or other movements of assets.

You could think of it as the teacher’s register or the attendance record.

What makes it essentially special is that it allows no hampering of transactions, as in once the transaction is added it cannot be reversed or deleted and is also open & visible to all. This is what brings in higher security and transparency.

Since, we also mention ‘decentralized’, which is amongst its prime feature, it simply implies, also discussed above, that there ain’t any single authoritative entity overlooking the transactions or with the power to meddle in between. This absolute digital atmosphere further eliminates human errors. It is bookkeeping systems reimagined and how!

The scope of blockchain technology is immense, touching a plethora of diverse industries. From crypto to apps to DAOs and self-executing smart contracts, it’s the heart of it all.

The primary objective of blockchain-powered cryptocurrency, as one can easily figure out by now, is to develop a secure and transparent system to manage data or value altogether. A digital record of transactions that stays above modifications and manipulations, and is easy to verify, can only be made possible by a distributed ledger system such as blockchain.

The development of blockchain and crypto go hand in hand. The purpose behind the sole existence of cryptocurrency is to birth a modern-day alternative to the traditional currency and the way they function, that is by being governed or backed by governments or central banks.

Crypto essentially is a manifestation of a tech-led, new-age digital asset that can be used as a medium of exchange, which further is immune to the risk of fraud or identity theft as it involves no 3rd party involvement.

Crypto also goes beyond borders and other regulations and restrictions that the traditional currency is often subjected to.

While you may have heard these being tossed around quite a lot, this is because these have the highest market capitalizations and the most widespread adoption. Let’s briefly take a closer look at them.

Based on a peer-to-peer network, Bitcoin is a major, very well-known decentralized digital currency, created way back in 2009. Its shares the common traits of any cryptocurrency, as in bitcoin transactions can be made by staying anonymous and are recorded on a blockchain, that is public and open to view by all.

Despite being regarded as a risky investment, owing to its high volatility – that is high level of price fluctuations over the years, people view it in a ‘golden light’, quite literally, for it enjoys the reputation of “digital gold” –as it is considered a store of value and a shield against inflation.

Jumping into its history a bit, here’s something cool for you. The brain behind today’s most loved and known cryptocurrency, well… is a mystery! It was on a mailing list discussion about cryptography, that a document titled “Bitcoin – A Peer to Peer Electronic Cash System” was posted, and from where it all started. The publisher (individual or a bunch) went by the pseudonym Satoshi Nakamoto, though their real identity, despite several attempts of investigation, remains unknown to date.

With the original protocol being created in 2008, the very first version of the software alongside the first units of bitcoins was released in the following year. It first witnessed popularity only amongst a handful of tech enthus, contrary to today, where it is grabbing eyeballs and is being appreciated day after day.

Native currency to the popular cryptocurrency platform and blockchain, Ethereum, Ether is the second largest cryptocurrency owing to the market capitalization, second to Bitcoin. Sold on plenty of crypto exchanges, Ether is believed to be a lucrative investment as a hike in its price is foreseen in the future. Looking at the backstory, Ether wasn’t intended to take over the market and fiat currencies like it has, instead it was purposed to be used for payments & computational services as well as to build and run dApps on the Ethereum network. Ether also takes a lead in the aspect that it less prone to price manipulation.

Stepped into the market as RealCoin in 2014, Tether, in 2015 rebranded and was issued by Tether Limited Inc. It is acronymed as USDT as it is pegged to the fiat currency – US Dollar which makes it at a stable value relative to the currency and it hence often used as a stablecoin. This essentially becomes the first choice for those who intended to dodge volatility, which is well there in other cryptocurrencies. In fact, it is hence also used to store value in volatile times. With a significant presence in prominent cryptocurrency exchanges, Tether is also often the means of transferring value among these very exchanges.

Denoted as BNB, is the native currency of the largest cryptocurrency exchange, Binance, although they did once camp on the Ethereum network. Initially birthed to facilitate Binance network fees & payments, it is now widely used across exchanges for the trade of goods and services, even including transactions relating to travel bookings, entertainment, and more. The Binance Coin makes it space in the market by offering the coin holders reduced trading fees, extending participation chances in Binance’s IEOs, and the opportunity to cast a vote in certain decisions by Binance.

Some other cryptos include Solana and Terra.

Now, enticed by these uber-cool cryptocurrencies, you must be curious as to where you could possibly find them? @ Crypto Exchanges!

This is no new thing for you. How? Remember Amazon, Myntra, or Nykaa? Yep, same thing! –Except that its crypto instead of clothes or makeup.

A cryptocurrency exchange is a marketplace, that allows the basic trade of various cryptocurrencies. Users trade – buy or sell here using their fiat currency aka US Dollar or Euro. Basically, you purchase money with money!

These exchanges make money themselves by charging simple fees for their usual services, which is often a calculated percentage of the transacted value, or depending on the type of order. While these play a similar role to financial exchanges, they differ in their regulation. These aren’t insured, which as a con makes them more prone to malicious fraud and hacking attempts.

Hence, a careful selection of cryptocurrency exchange should be made considering and keeping in mind the following aspects: accessibility, liquidity, security, storage, fees, the offered coins, tax information, etc.

Here’s a look at many’s go-to ones:

A global platform for all crypto traders, Binance was founded in 2017 and is headquartered in Malta. It offers an array of services, with trading of various cryptocurrencies to support for trading pairs, diverse languages, and secure storage of funds. Decentralized exchange, mining pool, and educational and research initiatives are some of Binance’s supplementary ventures, aside from its primary crypto exchange business. It is otherwise in the good books for having low fees and fast transaction speeds.

Founded in 2012, and available in 100+ countries, Coinbase is home to many popular cryptocurrencies such as Bitcoin, Ethereum, Litecoin, and more, and facilitates the purchase, selling, and storing of these. Since its countries-wide presence, it supports a variety of payment methods, credit & debit cards, bank transfers, and PayPal to name some. The diversity doesn’t end here and extends to the range of products it has in store for its consumers such as cryptocurrency wallet, cryptocurrency debit card, and even a platform to earn interest on cryptocurrency holdings. It is especially popular amongst beginners for its ease of use and security.

The brainchild of the Winklevoss twins, Gemini is another popular loved platform for the exchange of digital assets, established back in 2014. Also present in several of countries – US, Canada, UK, and South Korea, to name a few, supporting diverse types of payments, and offering a bundle of products, Gemini stands apart from the rest by focusing on security and compliance, having a dedicated customer support system and being a secure and regulated platform for exchange.

Some other exchanges are KuCoin and Bisq and many more.

Exploring the Potential of Cryptocurrency

When evaluating a broader perspective, people seem to be in splits when it comes to cryptocurrency. While one-half debates for it to be a revolutionary piece of technology that has the potential to shake up the existing traditional financial systems and altogether alter money for people, the other seems to have not yet made up their minds due to the fears of it being a risky investment.

When looked at it, Cryptocurrencies have a plethora of properties that expand their potential: such as it allowing peer-to-peer transactions, barring the presence of a 3rd party, making transactions exponentially better & cheaper, and being borderless & offering to a global market. But, the future fights uncertainty. It could grow to absolutely step into the shoes of traditional fiat currencies or could settle as a special-use case. 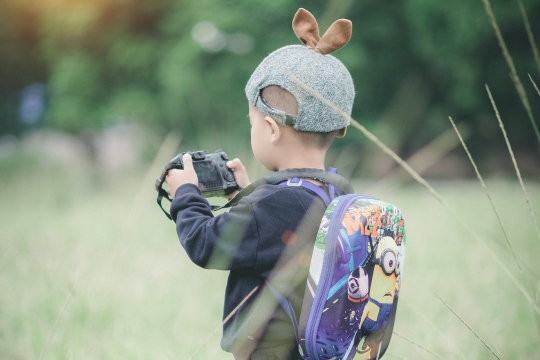 Photography is passion for a lot of students, but they... Ever since shark tank made its entry in India, don’t... Let’s understand the difference between ‘Savings bank account’ vs ‘Current... In this article, we’ll discuss about one of the most... Banking for students, just like us humans, has seen a... Cryptocurrency is no doubt a thing of interest for all....

Cryptocurrency. Heard it quite a lot, haven’t we? It’s like... If you have been surfing the internet or following the... We curated some best side hustle books for 2023, while...